Posted on May 7, 2019 by chrisbaileyweather

Good Tuesday, folks. It’s anther very nice day taking shape, but things are about to get very active. Strong to severe storms are on the way later in the week as a big time spring cold front arrives.

Before that happens, we get in on another very nice day. Highs today are in the low 80s with partly sunny skies. I can’t rule out a shower or storm in the north and west, but most of the region stays dry.

The setup for the next few days is primed for a major severe weather event from the plains into the Ohio and Tennessee Valleys. Wednesday’s action is largely centered west of the bluegrass state, but a few strong to severe storms may sneak in later in the day. Here’s the Wednesday Severe Weather Outlook from the Storm Prediction Center: 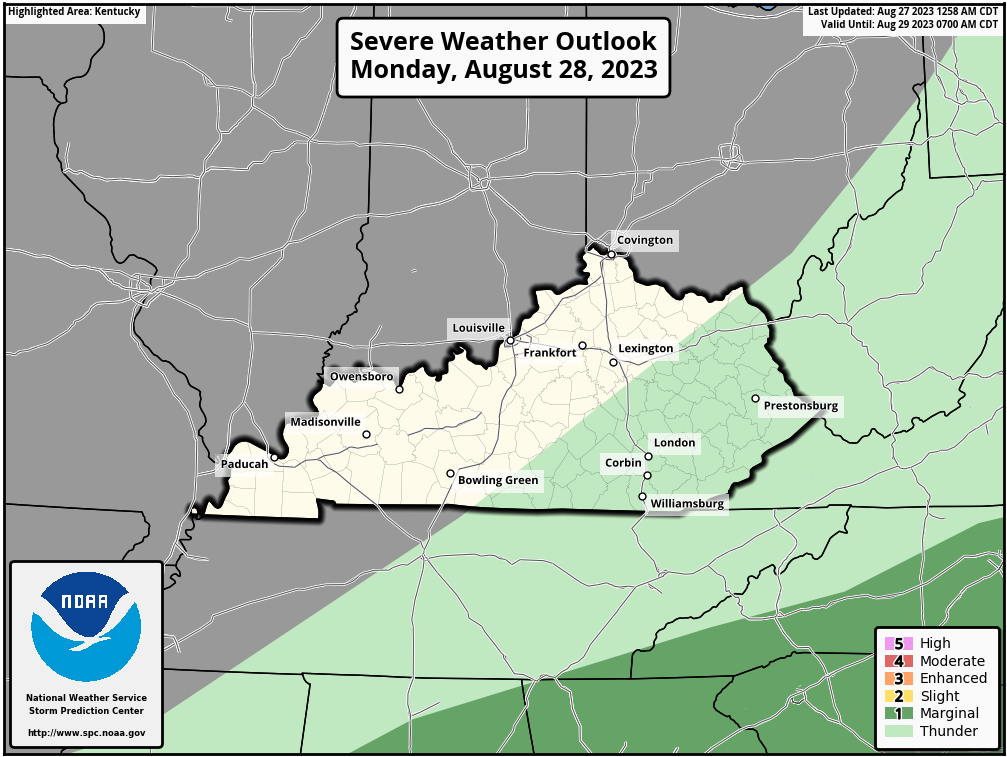 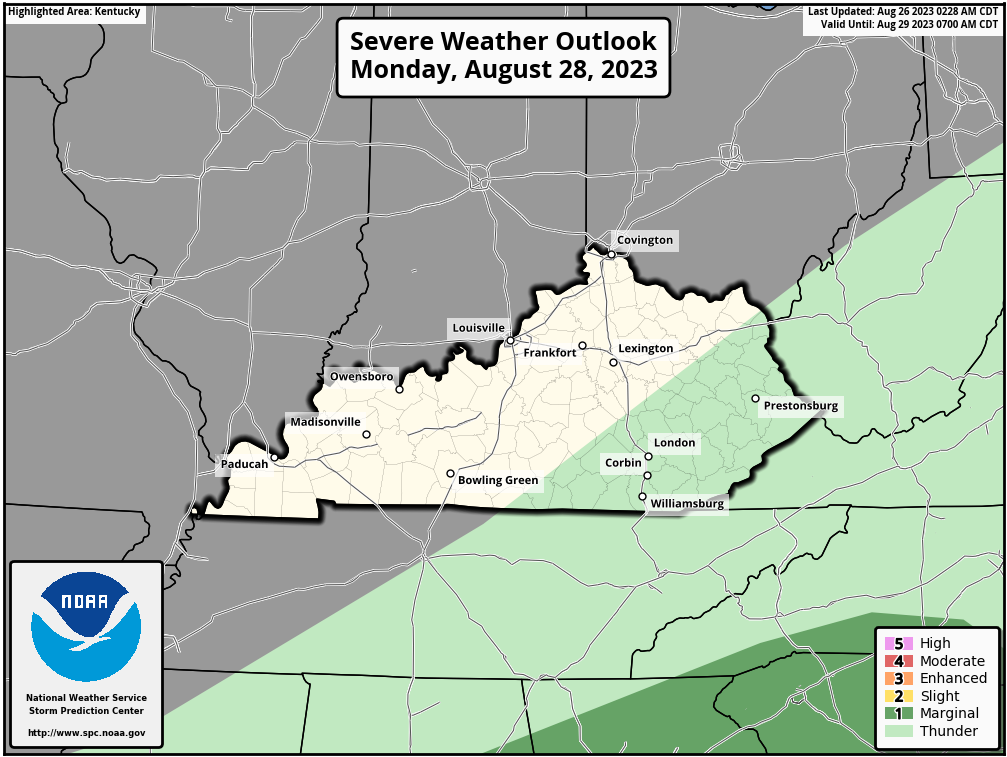 Damaging winds, large hail and tornadoes are all possible with this particular setup.

The storms will move out early Friday as some cooler air moves in. From there, we are watching the southwestern sky for another potent low pressure to move toward the state. This may bring widespread rain and storms in for the weekend:

That’s from the European Model and it’s certainly something we don’t want to see. Regardless of how much rain, it’s a cool looking pattern this weekend into next week.

Have a terrific Tuesday and take care.