Warmer for the weekend

Posted on August 7, 2020 by chrisbaileyweather

Good Friday to one and all. It’s another very pleasant day across the region, but things are about to turn warmer as we head into the weekend. As temps return to normal through next week, rounds of showers and storms also look to increase.

Highs out there today are generally in the 80-85 degree range. Skies will feature a mix of sun and clouds with low humidity levels.

Temps return to the middle 80s across the central and east on Saturday with upper 80s in the west. Humidity still isn’t half bad as our skies look mainly dry.

Sunday is mid and upper 80s for many and that’s right at our seasonal norms for the most part. The chance for a shower or storm creeps into the picture by the afternoon and evening.

The pattern for next week will feature a big heat ridge building across the northern part of the country. A system will move in from the northwest and put a dent in this ridge and that brings an increase in showers and storms. That same system looks to hang around our region or into the south for the rest of next week and into the weekend.

Essentially, we are going into a pattern that finds Kentucky between a heat ridge in the north and more of a trough in the south:

The GFS Ensembles continue to point toward a wetter than normal overall pattern for the next two weeks: 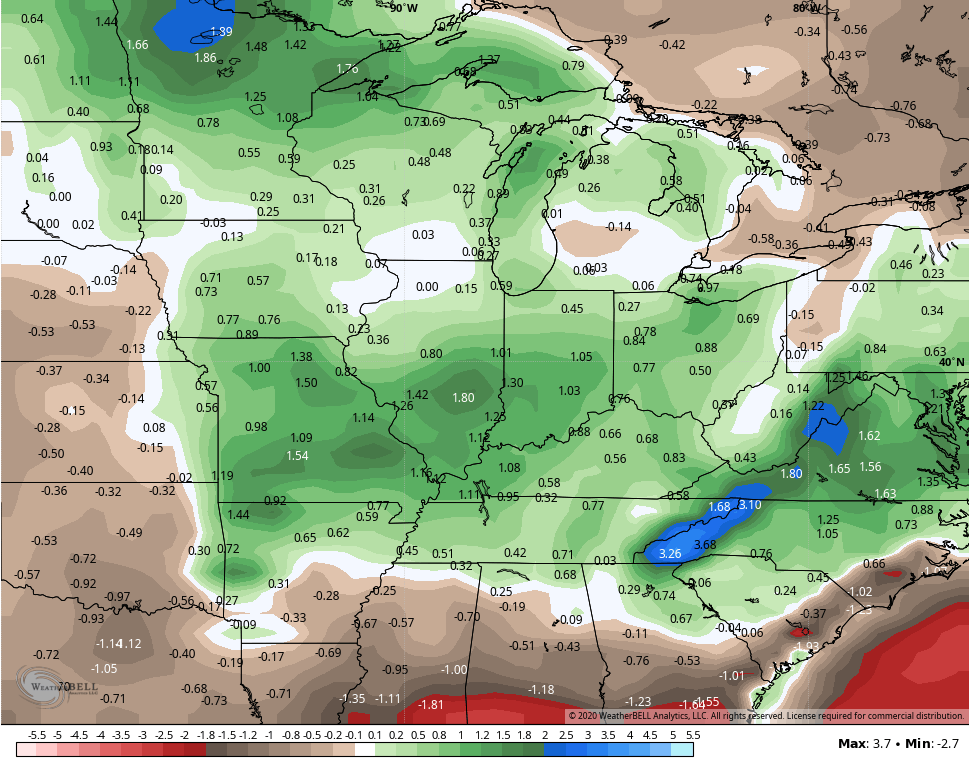