Posted on October 11, 2020 by chrisbaileyweather

Good Sunday, everyone. It’s a soggy day across areas of central and eastern Kentucky with the heaviest rains falling in the southeast. Once this system clears us, it’s game on toward a robust pattern featuring several cold fronts dropping in next week.

Again, today’s rainfall is heaviest across the south and southeast, but most areas get in on some of the soggy. Areas across the north will see the lowest totals and the most dry hours.

Monday is a very windy day as a fall cold front slams in from the west during the evening. This brings a broken line of showers and storms with it:

Temps in the 70s will be noted ahead of the front, but will quickly drop as the boundary blasts through:

Some very nice weather then follows this up for Tuesday and Wednesday as we watch an even colder blast of air show up by the end of the week into the weekend. This should bring an end to the growing season for much of our region as a HUGE dip in the jet stream shows up right on top of us. At times, various models have been trying to deepen this trough enough to spit out some flakes very close to the state.

The Canadian is the latest model to do just that:

That actually does bring some flake action in here. The EURO is close, but doesn’t quite get there:

That’s some very cold air for this time of year, but it dives in and out as a more stronger and more prolonged change dives into the Rockies and plains. This is a straight up winter looking pattern that, I think, has a a shot at bringing the threat for flakes in here late the following week. Does this look like something from October?

The European doesn’t go out as far as the GFS does so it only picks up the first system being shown above. However, the EURO is farther east with that first system:

The GFS Ensembles snow map for the next 2 weeks is picking up on flake potential: 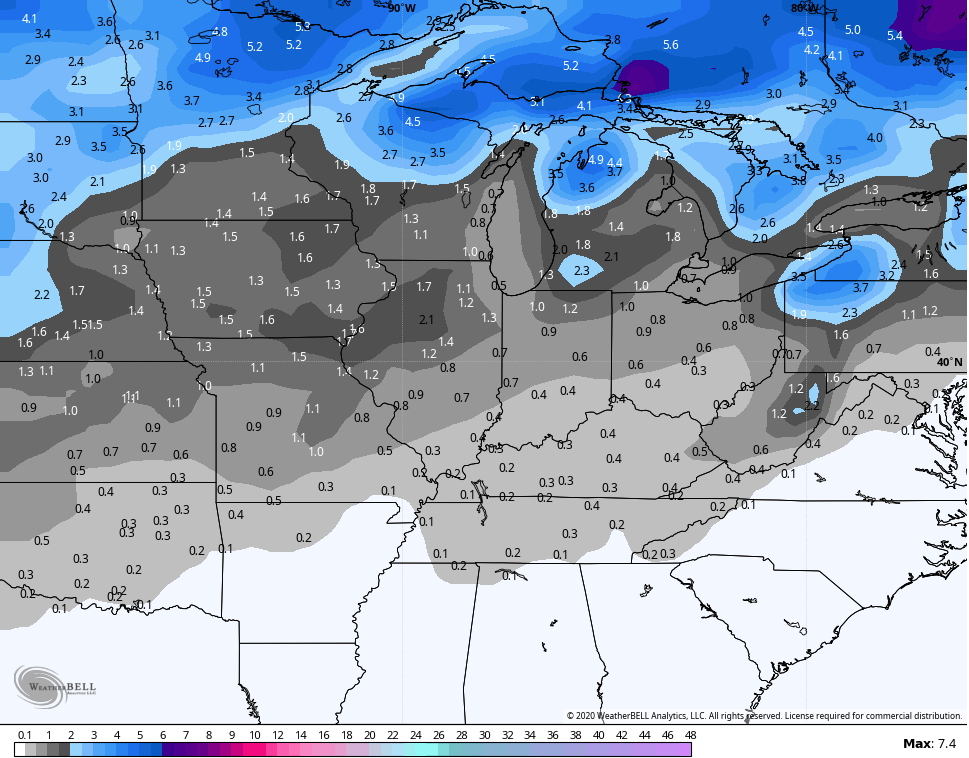 The past 3-4 years, we were essentially in a repeat pattern of weather with all those years being very similar. This summer and fall have finally broken the mold. This is especially true of the early fall which has been the opposite of last fall and much different than recent years, too. This is likely to carry over into, at least, the early part of winter.